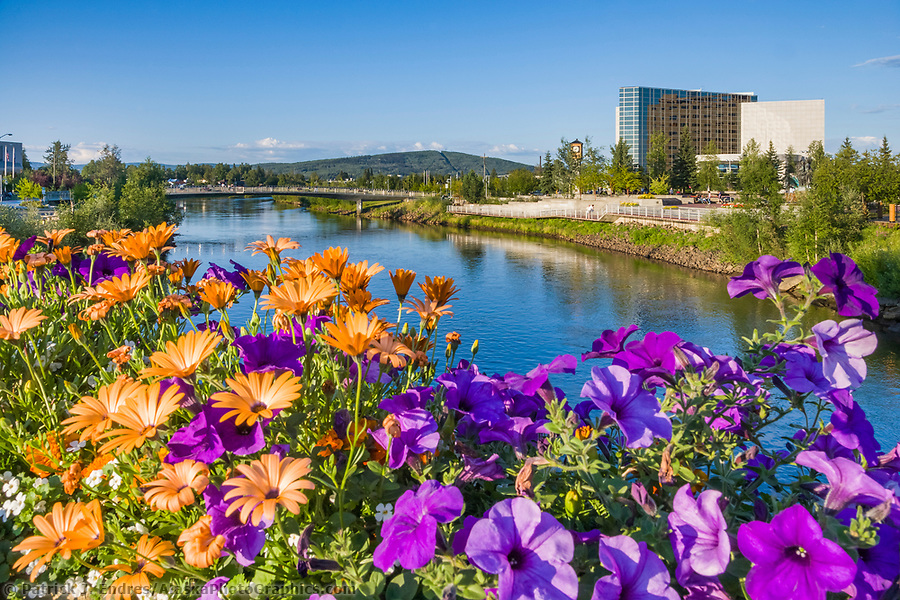 As a long time resident of what we call The Golden Heart City, I’ve gathered a broad range of Fairbanks Alaska photos that illustrate some of the unique aspects of living in the North. I’ve embedded links throughout the text that will take you to related image galleries or photo searches. All of the photos you see here are available to license for commercial use in publications or purchase as fine art prints for your home or office. 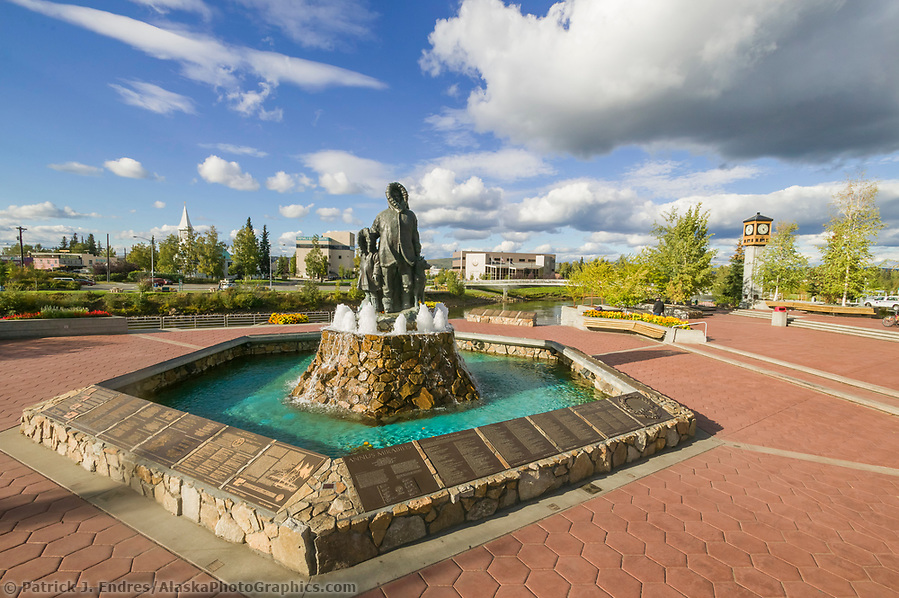 Due to its northern location at 64.837N degrees latitude, Fairbanks is a land of extremes. Life is a little unique for the residents that have learned how to live in a remote northern location with extremely cold temperatures. At a relatively low elevation of 400 ft., the Chena River transects the town of 32,000 residents, which rises to 82,000 when including the surrounding Fairbanks North Star Borough. Warmth and light fill the summers, and cold and dark define the winters. 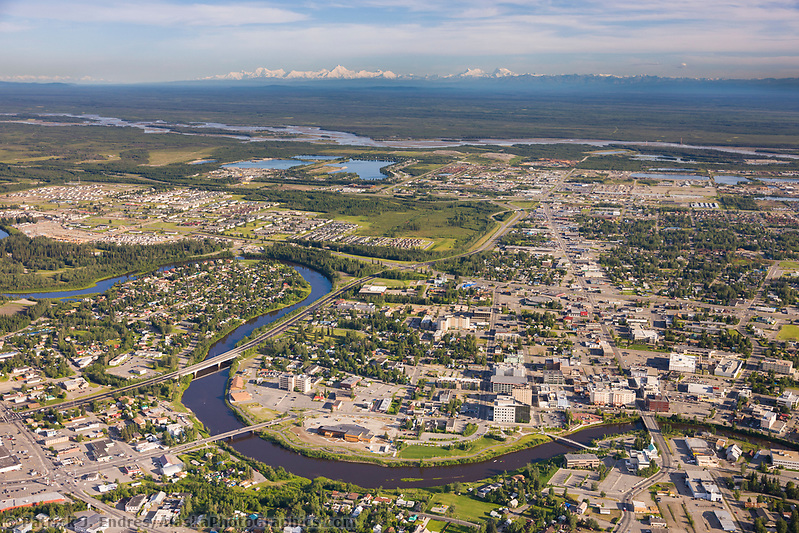 Aerial view of the Chena river winding through the city of Fairbanks and the Tanana River to the south of town, Alaska Range mountains on the distant horizon. (Patrick J. Endres / AlaskaPhotoGraphics.com)

In 1901 when the riverboat taking E.T. Barnette up the Chena River could proceed no further, Barnette and his supplies were left on shore. This misfortune turned into an opportunity a year later in 1902 when Felix Pedro discovered gold on a creek a few miles north of Fairbanks. This launched a gold fever stampede and Barnette’s small trading post grew into a tow. Within five years, Fairbanks was the largest and busiest city in Alaska. From the 1920s to the 1950s, prospectors and sluice boxes were followed by huge gold dredges that mined the valleys and creek beds surrounding Fairbanks. The claims around Fairbanks ultimately produced more gold than the strikes in Dawson or Nome. 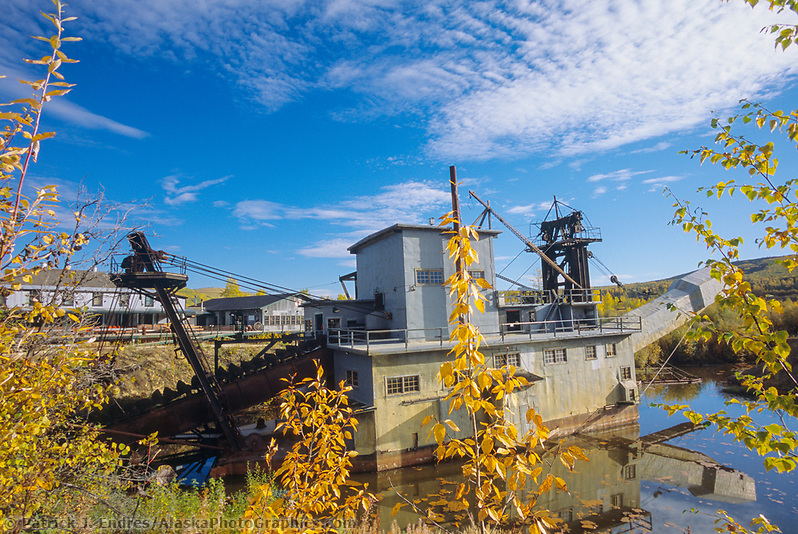 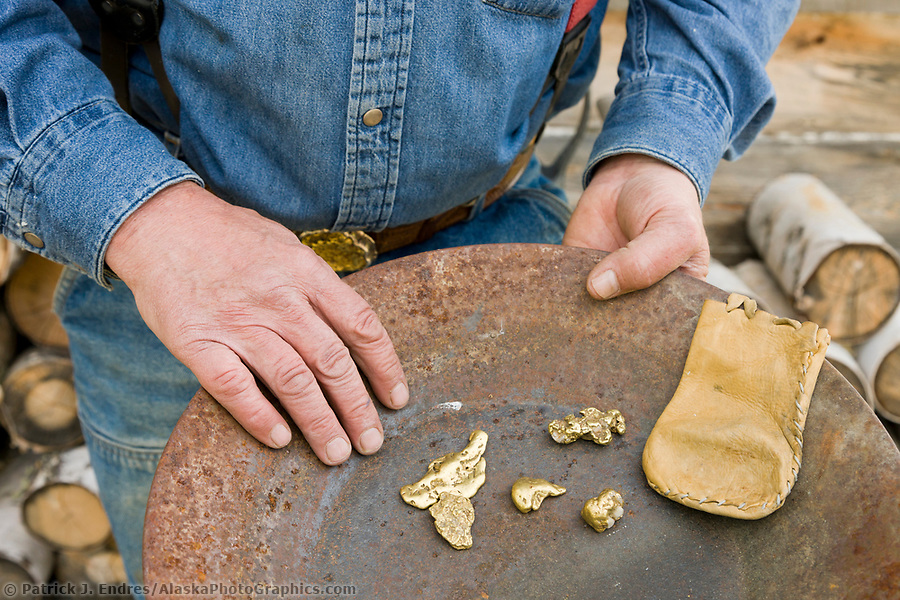 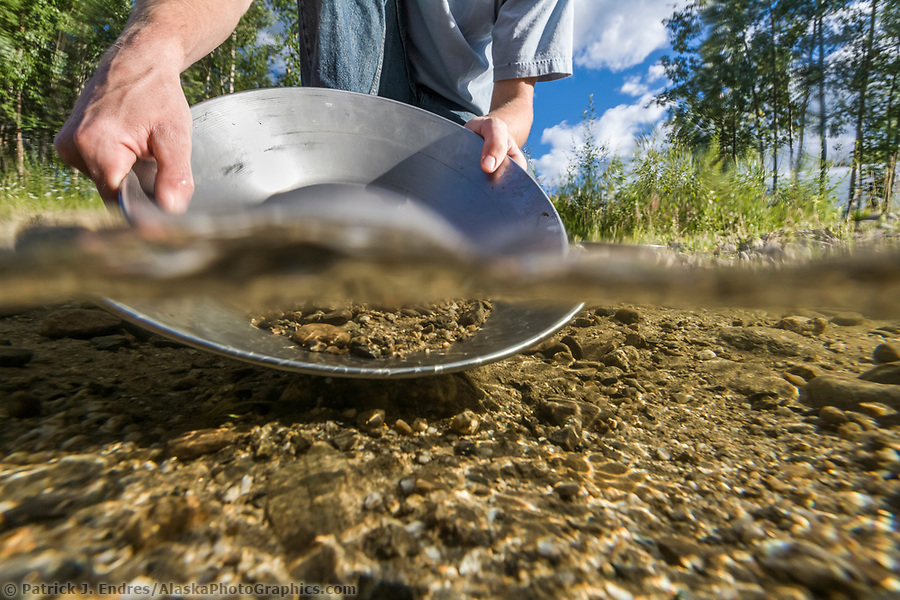 With its roots in river life and river travel, Fairbanks is home to some historic but still functioning paddle wheel boats, or sternwheelers. Before roads came to Interior, Alaska, summer transportation often happened via the network of rivers. Large boats were able to haul supplies throughout a broad complex of rivers including the Kuskokwim, Tanana, Yukon, and Chena to name a few. Today, the popular Riverboat Discovery offers tours along the Chena River. 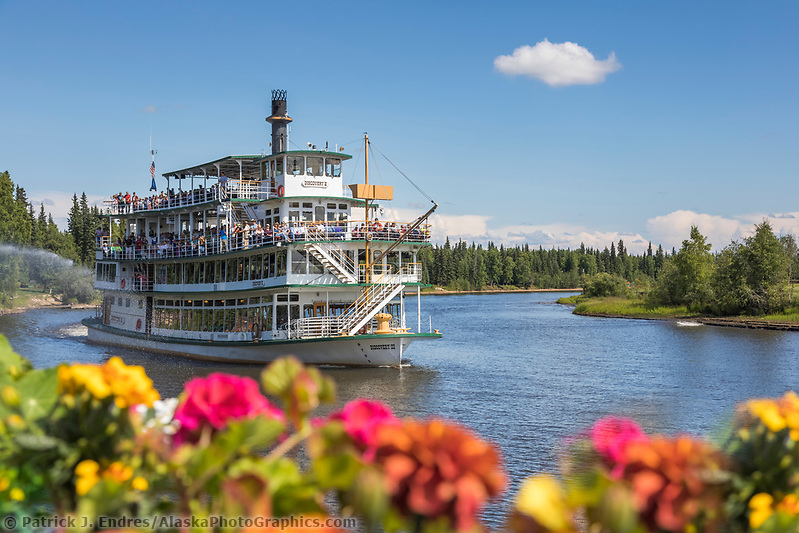 Each March, the World Ice Art Championships take place in Fairbanks, Alaska. Over 1500 tons of ice are harvested for this event. These 7500-pound blocks of ice are then carved into spectacular works of art by local and international carvers alike. Some sculptures reach over 25 feet tall! The event in Fairbanks begins with a single block competition that consists of smaller but no less spectacular sculptures. Later the multi-block competition begins, which can often be a mad rush against time, with teams of carvers working together all through the night. For the kids, a play area is constructed with slides and mazes and spinning chairs, all created from ice. 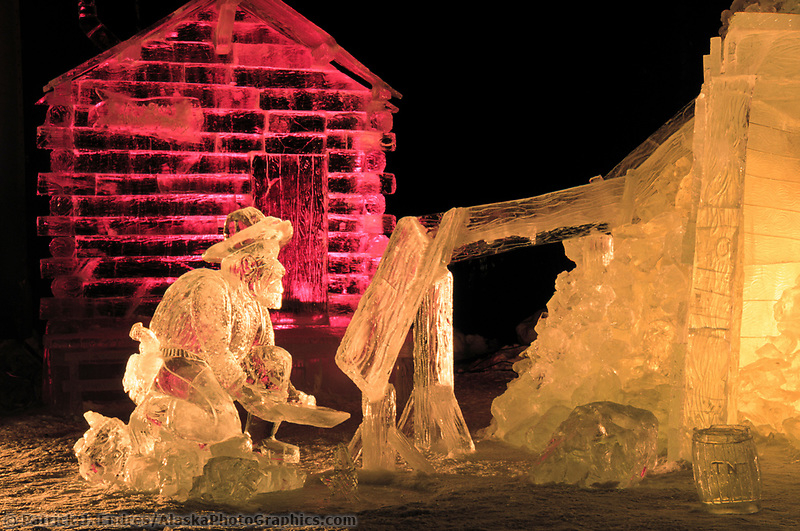 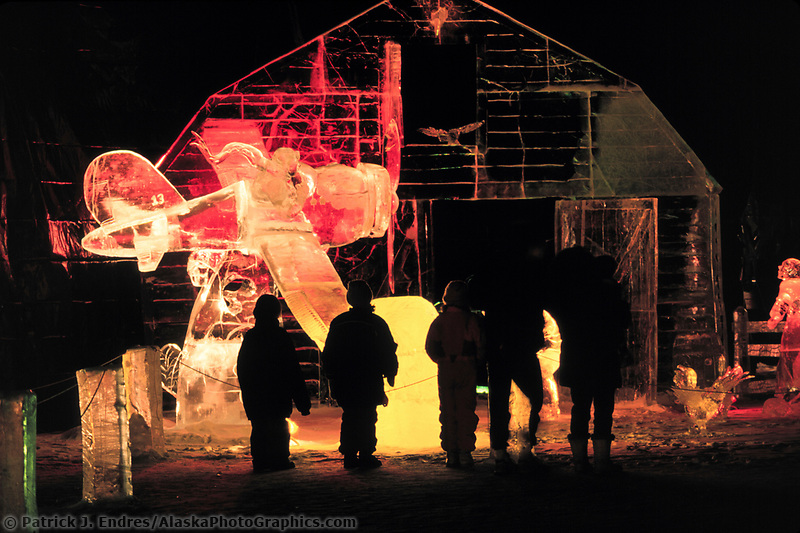 Due to its northerly latitude and its position under the Van Allen Belt, (also known as the auroral oval) Fairbanks, Alaska is one world’s foremost locations for viewing the aurora borealis or northern lights. In Fairbanks, The aurora can be seen an average of 250 nights a year, with the greatest occurrence around the spring and the fall equinoxes. The aurora can be viewed in clear skies all throughout the dark months of the winter. The aurora is active nearly every day of the year, but cannot be seen in the summer due to the lack of darkness. 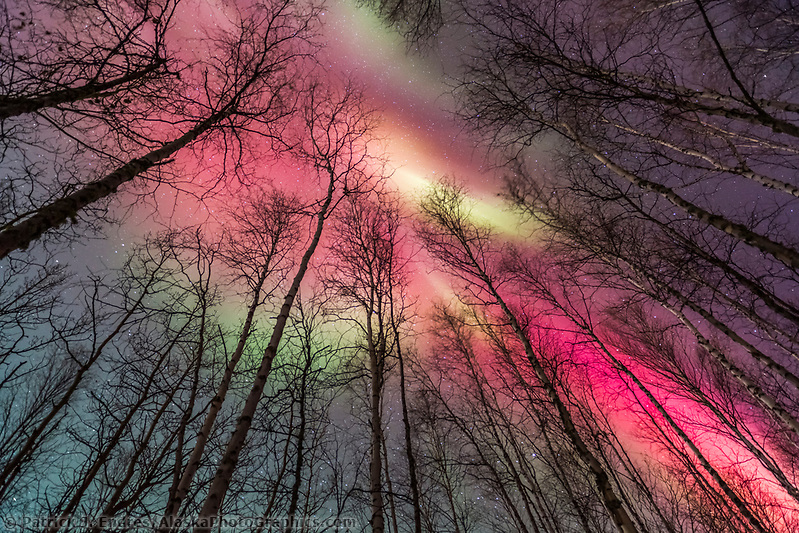 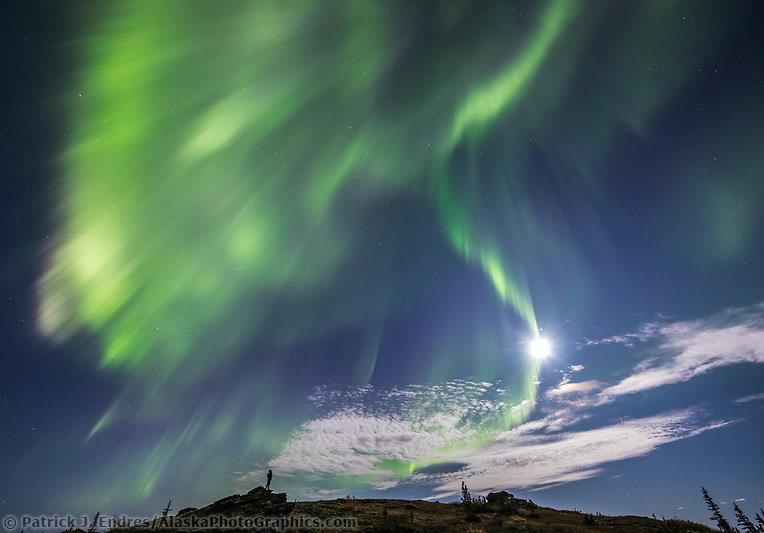 The Gateway to the Arctic

Fairbanks is considered the gateway to the Arctic, just a three-hour drive from the Arctic Circle along the Dalton Highway. A popular turnout and campground at the Arctic Circle include a sign to mark the spot where the sun does not set one day a year on December 21st and does not rise one day a year, on June 21st. These dates are known as the winter and summer solstice. It is a popular photo destination. 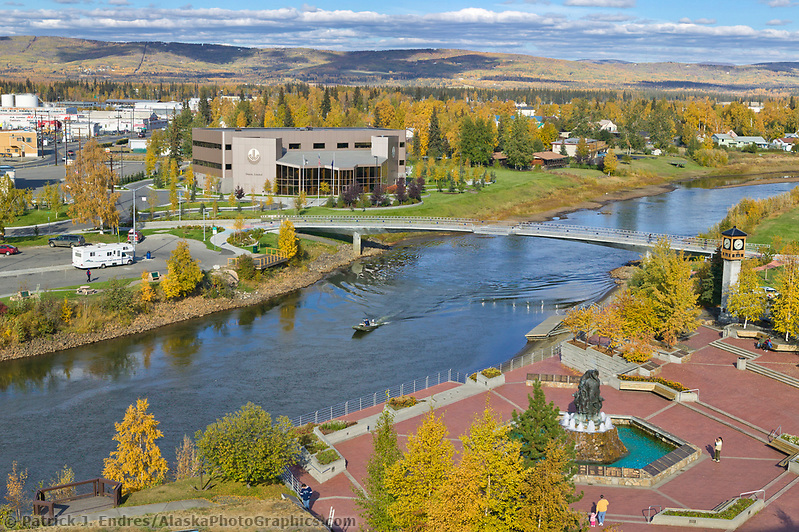 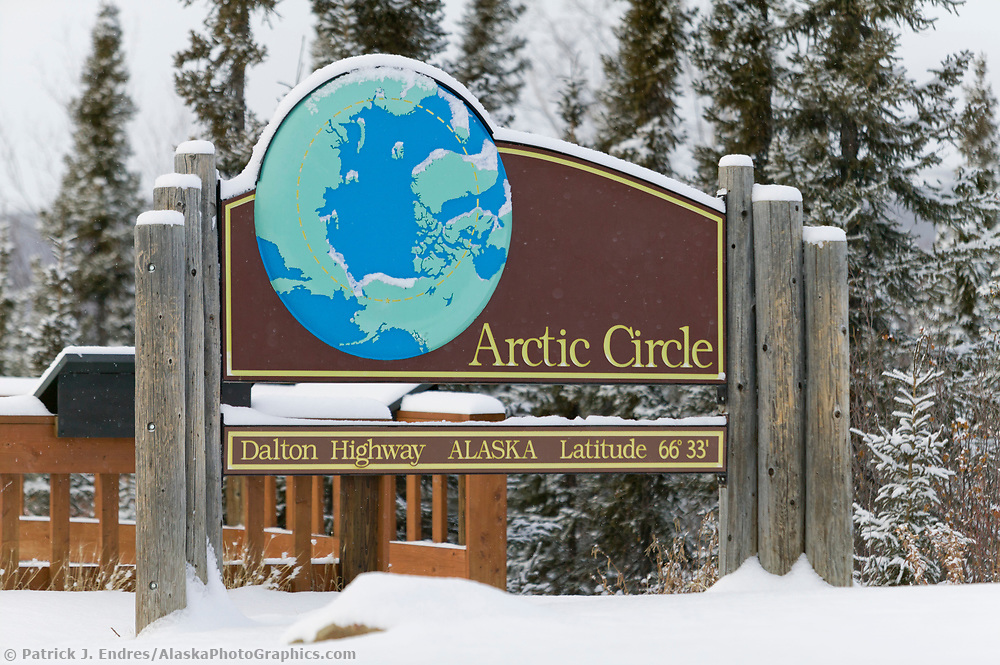 The 1,000 mile Yukon Quest is a unique cross-border sled dog race, running between Whitehorse, Yukon and Fairbanks, Alaska. The race highlights the special relationships that exist between mushers and their dogs. There is no other race like the Yukon Quest. It is not a staged race but a true distance race. Mushers cannot replace sleds during the race and cannot have stoves and equipment flown into any of the checkpoints. With distances between checkpoints sometimes over 200 miles, they must carry many of their supplies with them. Mushers in the Quest must truly challenge the northern wilderness on their own. The race represents a rare opportunity to see northern working dogs in their element. 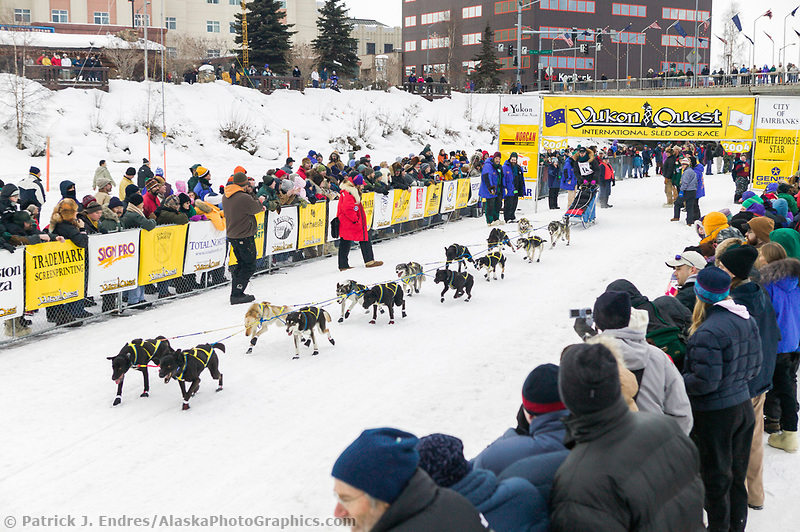 The Festival of Native Arts unites the major Native culture groups of Alaska, as well as foreign groups of the continental United States and countries such as Japan, Russia, and Canada. These groups share the rich heritage of their respective cultures, which not only solidifies the Alaska Native identity but also educates all people as to the nature of cultures different from ours. This tradition began in 1973 when a group of University of Alaska Fairbanks students and faculty (representing a variety of colleges and departments) met to consider a spring festival focused on the artistic expressions of each Alaska Native culture. In less than three months, perhaps for the first time in Alaska, Native artists, craftspeople, and dancers from all major Native culture groups gathered together at UAF to share with each other, the University community and Fairbanks their rich artistic traditions. 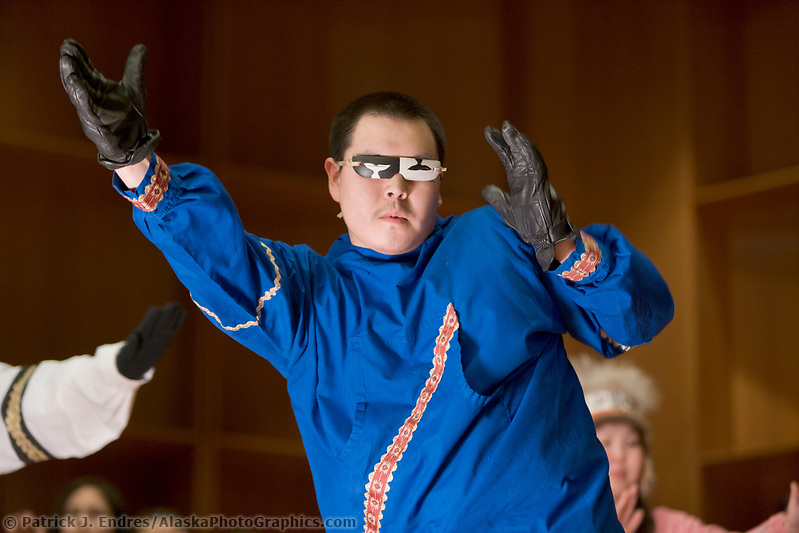 University of Alaska Museum of the North

The Museum of the North, located at the University of Alaska Fairbanks, is a major resource center for the public and for scholars. The Museum’s mission is to acquire, conserve, investigate, and interpret specimens and collections relating to the natural, artistic, and cultural heritage of Alaska and the Circumpolar North. Through education, research, and public exhibits, the Museum serves the state, national, and international science programs. The Museum develops and uses botanical, geological, zoological, and cultural collections; these collections form the basis for understanding past and present issues unique to the North and meeting the challenges of the future. 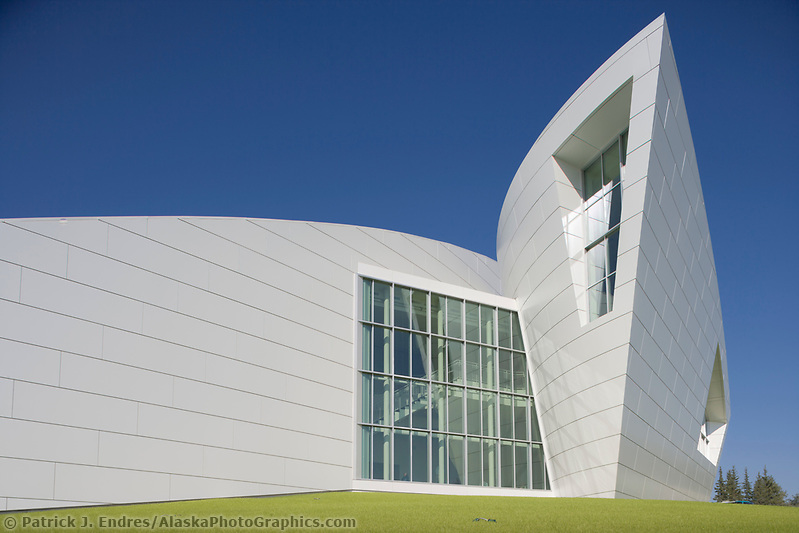 University of Alaska Museum of the North in the final stages of construction, Fairbanks, Alaska (Patrick J. Endres / AlaskaPhotoGraphics.com)

The Alaska Goldpanners semi-pro baseball team hosts The Midnight Sun Baseball game at the Growden Memorial Park that starts at 10:30 pm and usually finishes about 1:30 am. The event is held on the summer solstice (June 21), the longest day of the year when darkness never reaches the Fairbanks skies. The game has quite a history, dating back to 1906 for the first one. 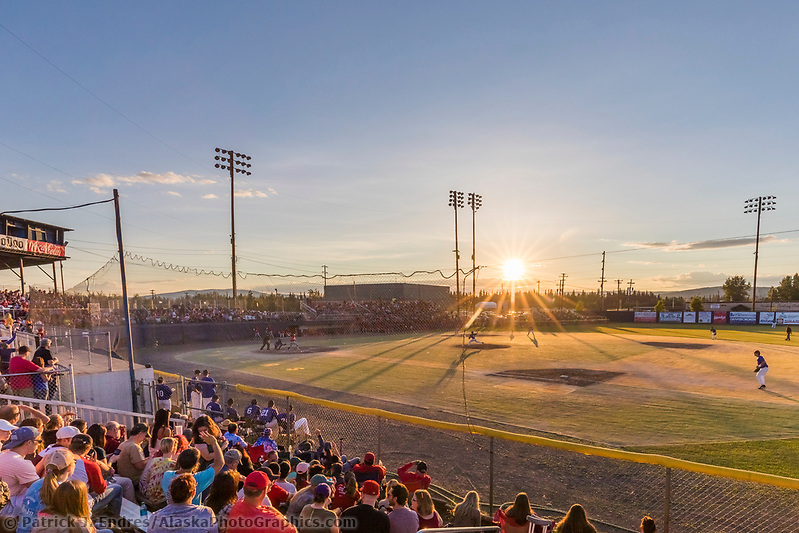 Fairbanks hosts The World Eskimo Indian Olympics annually on the third weekend in July. WEIO was designed to honor and encourage the preservation of cultural traditions that important to life and survival in the circumpolar north. The games featured at the event have their roots in hunting and survival of the northern first nation peoples like the Inui, Inupiat, and Yupik. Spectators can attend the public event and watch the following and more: 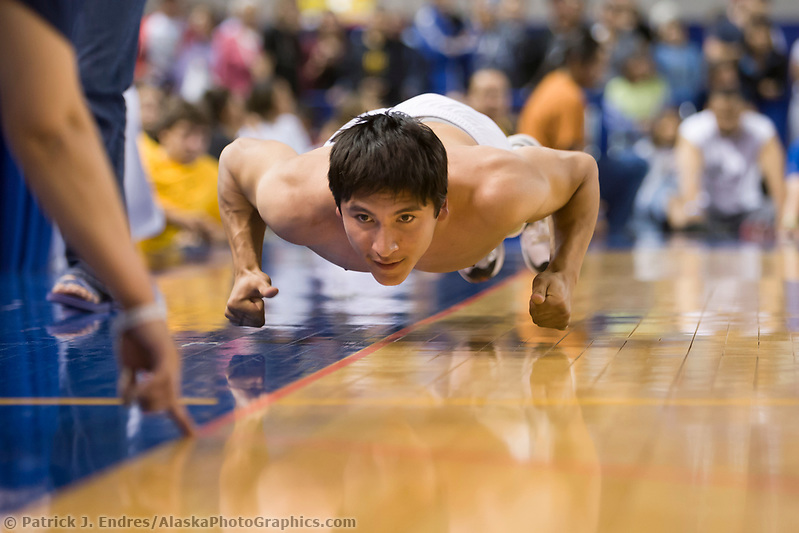 Elijah Cabinboy competes in the knuckle hop or seal hop competition at the 2008 World Eskimo Indian Olympics, Fairbanks, Alaska. A game of endurance, pain, and strength. The object is to see how far one can go in a “push-up” hopping position, with elbows bent and knuckles down. (Patrick J Endres / AlaskaPhotoGraphics.com)